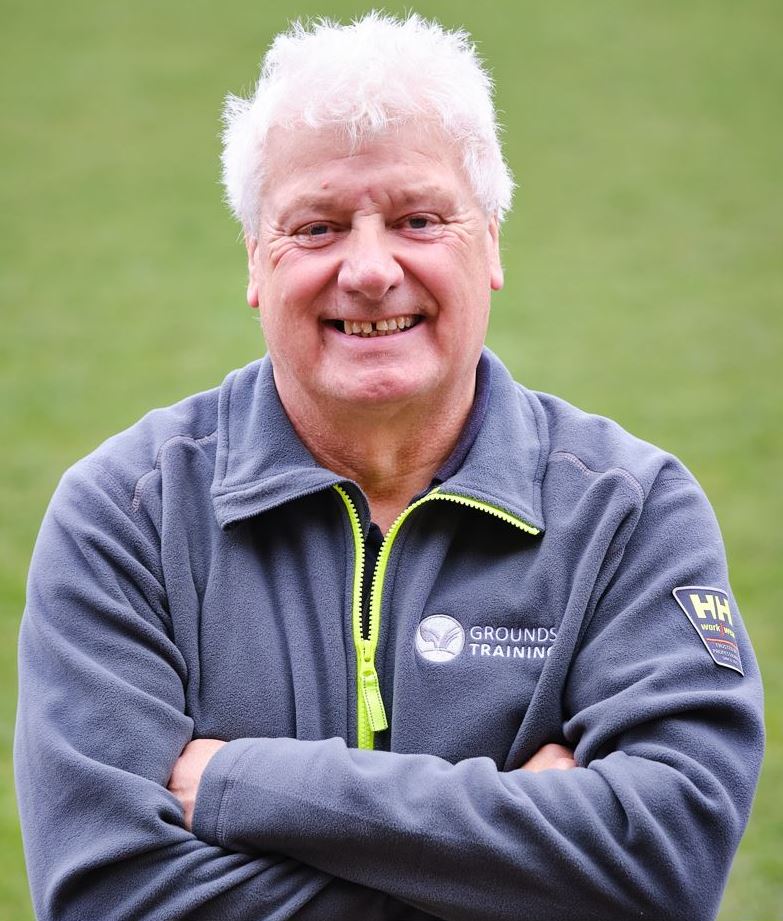 Keith Kent has spent an incredible half century in the grounds industry. Upon leaving school in June 1970, he joined Leicester City Football Club as a 16 year old trainee groundsman and spent 17 years with them, becoming Head Groundsman in the early 1980’s.

In the summer of 1987 he was appointed Head Groundsman at Manchester United, overseeing a team of 10 responsible for the hallowed turf at Old Trafford, The Cliff Training Ground, the Littleton Road Training Ground, and in his final two years with the Premier League club, the new Carrington Training Complex.

He moved south to join the RFU as Head Groundsman at Twickenham Stadium, home of England Rugby, in September 2002, and helped train staff in grounds maintenance at Pennyhill Park Hotel, where the RFU installed a training pitch under his supervision.

While overseeing the playing surface at one of sport’s most iconic venues, Keith was equally passionate about the grassroots game. During 16 and a half years at Twickenham he toured the country visiting more than 500 community rugby clubs using his experience and expertise to advise and guide club staff and volunteers in the maintenance of their pitches.

Keith was named Groundsman of the Year in 1995 while at Manchester United, and again in 2012 whilst at Twickenham. He received a Lifetime Achievement Award in recognition of his remarkable career, and his contribution to both his profession and sport, at the Institute of Groundsmanship awards in 2019.

Keith is a natural communicator and a real ‘people person’. Following his retirement from the RFU, he has continued to give back to the industry he loves, visiting grassroots clubs, delivering talks, and helping those joining the grounds maintenance industry to learn new skills.