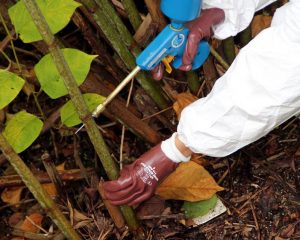 Businesses pushing â€˜quick-fixâ€™ treatments for infestations of the highly destructive Japanese knotweed plant are exposing homeowners and businesses to legal and financial risks.Â

August in the United Kingdom is peak growth season for knotweed, as data fromÂ Bristol Universityâ€™s PlantTracker app shows the weed now covers most of the country. There is a risk, however,Â that by the end of the year the most effective treatment will no longer be available to experts.

The European Union are currently debating whether to renew a licence allowing the use of glyphosate in the EU, which could have a major impact on the effort to halt the spread of Japanese Knotweed across the United Kingdom.

Sarah Mukherjee, Chief Executive of the Crop Protection Association, said:Â â€œInvasive species like Japanese Knotweed create a serious risk to biodiversity by crowding out native species. It can lead to major damage of infrastructure and clogs up waterways, exacerbating flood risks.

"The weed is now present all over the UK, and itâ€™s important that experts have access to the most effective treatments available.Â If glyphosate isnâ€™t renewed by the European Union, the problem will be far worse, and homeowners will have to resort to expensive and often impracticable methods of treatment such as excavation and disposal of the waste.â€

Failure to properly treat Japanese Knotweed can leave homeowners and businesses liable to legal claims from neighbours and insurers or sanctions from local authorities.

David Layland, joint Managing Director of Japanese Knotweed Control, one of the UKâ€™s first specialist remediation companies, and founding member of the Invasive Non-Native Specialists Association, said:Â â€œDespite the claims of some companies and websites, you cannot get rid of knotweed without professional help. To eradicate the plant the roots need to be killed, and the products required to do this are not available to the public. 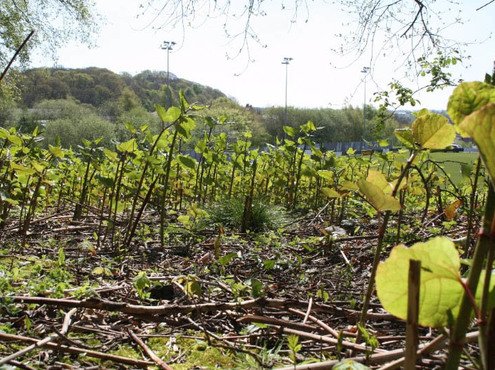 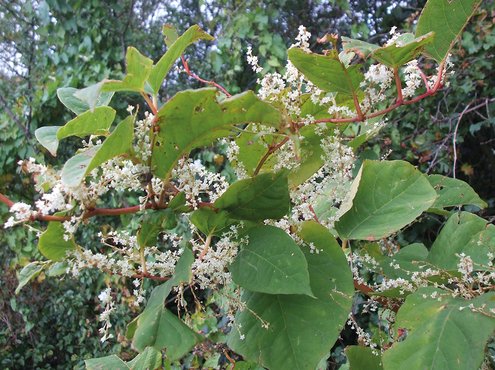 The most effective method of treatment is to inject the stem with glyphosate, a process that is highly successful on healthy adult plants, which can be controlled, in one growing season. Although the plant is controlled, it takes time over many years for the plant to fully biodegrade into the subsoil during which time the plant must be left alone. Itâ€™s also possible to excavate the entire area, but because knotweed is so aggressive, the soil needs to be disposed of at a licensed waste facility, which can be expensive.â€

Landowners can be found liable under a range of laws if it is proven they know about an infestation of knotweed but fail to deal with it properly. Repeated negligence in letting knotweed spread could even result in an ASBO under the Anti-Social Behaviour Crime and Policing Act 2014.

The legal liabilities can be even more complex for anyone involved with buying, selling or developing land or property affected by knotweed. Anyone from the surveyor to the seller could be open to a lawsuit or excluded from insurance if itâ€™s proven that they knew about an infestation but failed to act.

Guidance from the, Royal Institution of Chartered Surveyors, states: â€œHomeowners should be aware that, though buildings insurance policies often donâ€™t ask directly about knotweed, many do not cover damage and problems caused by Japanese Knotweed, and because the damage occurs gradually it is unlikely to be covered in the future."

"Itâ€™s also important to know that if an infestation travels from your property to a neighbouring property, itâ€™s likely their insurance company will pursue you for the costs of the damage caused. We encourage homeowners to check these details in advance to avoid any unwelcome surprises.â€

Discovering that a property or land has been invaded by a â€˜super-weedâ€™ such as Japanese Knotweed may initially seem like a major crisis, but the plant can be managed. Most of the significant risks can be controlled by ensuring the right insurance and warranties are in place, with a commitment to scientific treatment.

David Layland, Managing Director of Japanese Knotweed Control, said: â€œDealing with Japanese knotweed is generally a case of remediation, not eradication. The long process of safely removing the plant can take years. Warranties and insurance are crucial as they give the legal guarantee that solicitors and conveyancers are looking for to demonstrate the issue is under control.â€

Companies should carry adequate insurance with a reputable insurer, and preferably include structural damage cover. This same level of continued protection is simply not afforded by quick-fix companies, which bring with them only a continual financial burden.â€

Visit ourÂ Grounds TrainingÂ website to find out how to treat Japanese Knotweed!