The threat of resistance is very likely! 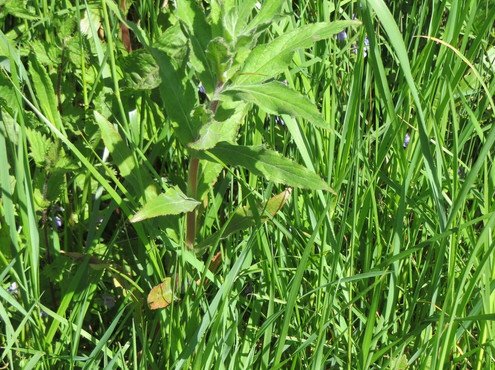 The ability to control weeds on and around sportsfields, facility grounds and ornamental areas using herbicides is easily taken for granted. But, what if those herbicides stopped working because weeds had developed resistance to them? It may sound like science fiction but, as Monsanto's Technical Development Manager Barrie Hunt explains, it is a very real threat.

Herbicides are relied on to control weeds at sports facilities and in ornamental areas, but care must be taken to minimise the risk of resistance. Plan applications for when the weeds are most susceptible to herbicides.

Glyphosate has been commercially available for forty years and is one of the most frequently used herbicides in the UK. There are currently no known cases of glyphosate resistance in the UK, however, globally, resistance to glyphosate has evolved as a result of repeated use and over-reliance.

Current changes in usage patterns in the UK are potentially increasing the risk of glyphosate resistance development, which would, therefore, have a major impact on the economics of the agriculture, horticulture and amenity industries, resulting in a wide scale problem.

Many of the more agriculturally-focused resistance specialists believe that glyphosate resistance in the UK is more likely to develop in the amenity sector than in agriculture, largely due to the over-reliance on glyphosate and the lack of other herbicide or cultural control options.

Resistance to glyphosate globally was first recorded after twenty-one years use and, in Europe, resistance has been confirmed in two plant families and six species. They are the Fleabane (Horseweed) species Conyza bonariensis, Conyza canadensis and Conyza sumatrensis, and Ryegrass species Lolium rigidum, Lolium perenne and Lolium perenne var. multiflorum.

The first occurrence of ryegrass resistance was in France in 2005 and, like Conyza, it was in an orchard. It was also found in Israel in 2007 and Italy in 2008 on arable land. It has not been found in specific amenity situations, however many perennial crop situations mimic practice in amenity.

Glyphosate use in industrial and amenity areas should always follow Good Plant Protection Practice as the basis of the weed management strategy (EPPO Standard PP 2/1(2),2003) and should be included as part of an Integrated Weed Management Strategy as required by the UK National Action Plan implementing the Plant Protection Products (Sustainable Use Regulations), 2012.

Continued use of glyphosate several times each year over many years in conjunction with the loss of alternative residual active ingredients, increases the theoretical possibility of resistance, and a Resistance Management Strategy should be in place.

Glyphosate resistance in the UK is more likely to develop in the amenity sector than in agriculture, largely due to the over-reliance on glyphosate and the lack of other herbicide or cultural control options.

1) Use of the correct dose rate of a reputable approved glyphosate product which has been manufactured to WTO standards. Do not use lower rates than are required for the toughest weeds present at the time of application. This is normally 1800g ai/ha (e.g. 5l/ha of Roundup ProActive) for perennial weeds, which will also control annuals and grass weeds. Further dose reductions should be avoided since they can encourage a shift to tougher weed species and more difficult biotypes.

2) Growth stage. Ensure the treatment is made at the correct weed growth stage. Timing of the application can be critical in particular for perennial weeds and, where glyphosate is used continually, it may be necessary to alter the timing of application each year to prevent a shift to species which are less susceptible at the usual application timing.

In particular, application during the period of rapid stem extension growth (as the flowering stem is growing away from the foliage) in both grasses and broad-leaved weeds can lead to poor control.

For example, Canadian Fleabane (Conyza canadensis) should be treated at the rosette stage in the spring for maximum effect. It is much less susceptible at stem extension in June/July ahead of flowering in August/September. Similarly, Couch (Elymus repens) is most susceptible when there is plenty of fresh active growth but not when leaves first emerge.

3) Any pesticide or herbicide should not be overused and should be managed sustainably. The use of other active ingredients and non-chemical methods of weed control should be incorporated into an Integrated Weed Management Programme where appropriate, so there is not sole reliance on one mode of action.

Following the loss of approval for many residual herbicides, especially on hard surfaces, this has become more difficult, but should be considered where possible. e.g residuals, such as flazasulfuron, diflufenican or sulfosulfuron, can all be used in a mixture with glyphosate on plant-free areas with permeable surfaces, but only sulfosulfuron on hard surfaces.

Good practice is essential, including checking and calibrating spray equipment to ensure dose rate is accurate, and choosing nozzles to maximise coverage of the weeds and minimise spray drift.

Spray equipment must be checked and calibrated regularly to ensure dose rate is accurate
Choose nozzles/equipment to maximise coverage of the weeds and minimise spray drift
Apply only under appropriate weather conditions and choose a formulation which performs well under a wide range of conditions, like Roundup ProActive or Roundup ProVantage

Weeds are not stressed due to high temperatures, frost, drought or water logging
No rain falls during application or within four-six hours after application
Wind speed is no more than 10kph for conventional sprayers

5) Monitor weed control during the season and look out for potential problems as soon as they arise. Report any suspected cases of resistance to your supplier or to Monsanto on (01954) 717575

In the unlikely case of confirmed resistance, a wide range of risk modifiers are available to be selected as appropriate. These include:

Modification of glyphosate use, e.g. frequency, timing, dose rate, tank mixtures
Use of complementary or alternative herbicides with different modes of action
Use of non-chemical methods where appropriate.

There are no reported cases of glyphosate resistance in the UK - but the risk is real!
Development of resistance in Europe is mainly due to repetitive or inappropriate practices:
Over-reliance on the same herbicide i.e. glyphosate
Not following label recommendations
No or limited Integrated Weed Management strategies
Eradication of resistance once detected is not possible

All three Conyza species with confirmed resistance in Europe occur in the UK.
Canadian Fleabane (Conyza canadensis) originated in North America and is widespread in England and south Wales, predominantly in urban areas and railways
Guernsey or Sumatran Fleabane (Conyza sumatrensis), a native of South America, is spreading rapidly from South east England toward west and northwest
Hairy Fleabane (Conyza bonariensis). Native of South America, rare, localised in southeast England
These are all very closely related and identification to species level can be difficult especially with seedlings
Perennial Ryegrass (Lolium perenne). Widespread in the UK, both cultivated and wild types. Native
Italian Ryegrass (Lolium [perenne var.] multiflorum). Widespread in the UK, both cultivated and naturalised. Probably originally a native of Mediterranean region
Annual or Rigid Ryegrass (Lolium rigidum). Rare annual grass, typically on waste ground. Native of southern Europe/Mediterranean region

Grounds Training offer a variety of courses aimed at the Safe Use of Pesticides: here