Speaking truth to power … and to other people at work 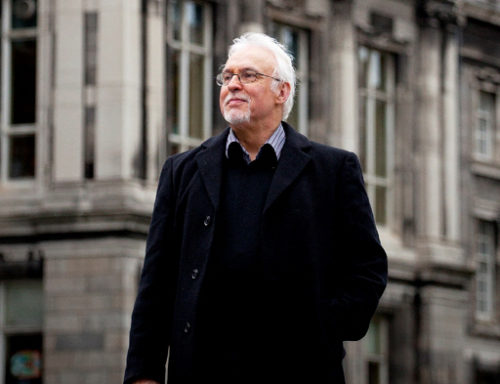 There are times when we all need to give team members, colleagues and even managers some honest feedback at work. This honest feedback might be about anything, but it is often about promises being broken, decisions not being made and poor communication upwards or downwards.Â

An honest showdown with someone, particularly with someone in charge, might be a lot easier if you knew that you would never see that person again. However, if you expect to see them regularly in the future, then the risks you take by being open and honest could be a lot greater and the temptation to keep waiting â€˜for a better timeâ€™ might be harder for you to resist.

In my travels, I can tell that some thorny old work problems have been going on for years because communication about problems is badly lacking or is not happening at all. Too many people are waiting for someone in charge to raise the issue, or to come back to them, and the other parties are forever waiting for â€˜a better timeâ€™ to raise the matter, or raise it again. Sounds familiar?

How do you â€˜speak truth to powerâ€™ and maintain a good working relationship or a good business relationship? What are the risks?

At the human level, you risk losing your job or your promotion prospects. At a personal level, you risk hurting peopleâ€™s feelings or having your feelings hurt in return. Basically, you could be putting at risk any or all your existing working relationships.

The potential threat to team morale and cohesion

To this we can add the potential threat to team morale and cohesion - of badly handled feedback, along with peopleâ€™s future loyalty to the team, the organisation and the industry.

The problem we ultimately face is that the risk-free work-life most of us desire may never happen if we do not stick up for ourselves!

I have been testing turfcare professionals for over twenty-five years on this issue and sticking up for ourselves seems to be very hard. We much prefer to accommodate (give way) to others at work or to avoid any conflict of opinion altogether. The ones who do stick up for themselves not only get their own way more often, but also progress well in their careers.

Many years ago, my own problem with â€˜speaking truth to powerâ€™ was nearly always the same. I would never raise issues. Why? Because I thought my manager and his/her bosses knew what was best for the team and the organisation. They were all very knowledgeable and clever, so what did I know that they did not know?

I was not experienced at â€˜speaking truth to powerâ€™, so I quickly made a few enemies at the higher level. That said, if the people in charge had been any good at their job they would have listened instead of punishing the people (not just me) who wanted to build happier and better performing work teams.

The stakes were high for me then and they may be high for you right now. In my view, it is right to be concerned about the negative impact of criticising and correcting people at work.

In my case, I was fortunate that the worst offenders at the higher level were asked to leave when an enlightened new top manager was brought in.

The new boss also made sure that accountability and responsibility were pushed down to the lowest levels. This meant that the quality and output of every single aspect of the work was attributable to a named individual. If anything was not done properly, an individual was held accountable. If things were done properly and well, the individuals responsible were recognised for their good work.

It was great for me and my career because this approach sorted the good ones from the â€˜not so goodâ€™ ones in the workforce. Better qualified and more talented people were attracted to the organisation and people who did not want to work this way quickly left and were replaced.

You may not be as fortunate as me, but I suspect you might need to find a way to get the work team to adopt a â€˜group disciplineâ€™ approach so that poor performance and difficult situations are dealt with speedily using fair measures and agreed processes.

You may also need to encourage the people in charge to:

i)Â Â  Â Adopt an attitude of healthy self-criticism, and to
ii)Â Â  Â Ask for honest and continuous feedback from people at every level in the workplace

The supervisor remains accountable for performance and discipline Â

Letâ€™s start with â€˜group disciplineâ€™. Put simply, this is when a supervisor delegates the responsibility for discipline at work and higher performance standards - to the members of the work team. This will be the â€˜delegationâ€™ rather than the â€˜devolutionâ€™ of tasks, so the supervisor remains accountable for performance and discipline.

What it means is that the supervisor is no longer chasing individuals for things like late attendance or unfinished work. Team members do this and report at appropriate intervals to the supervisor.

It is often best to give individual team members individual higher level responsibilities rather than have everybody doing everything. After a while, the responsibilities can be rotated so that everyone gets a go at everything. Over a period of (say) a year, people could acquire more knowledge, skills and experience than they normally would and this might look very positive on their appraisals - and their CVs.

Where to start this process? Well, you could start with everyoneâ€™s job description or list of duties. These could be reviewed with individuals and details of the new responsibilities could be added - essentially for their professional development.

When the new duties are rotated, the job descriptions are updated accordingly. By doing this in writing, individuals are more likely to grasp that this new way of doing things is what the employer wants of them. It reinforces the expectation that people will need to be fully engaged to get full pay.

In my view, team members should be given the opportunity to ask for each otherâ€™s support, not only in the added role and responsibilities but also to carry out their usual range of duties. â€˜Group Disciplineâ€™ for me also means pulling together as a team and supporting each other. If we cannot do that, we are not really working as a team.

Now let us turn to getting people in charge to adopt an attitude of healthy self-criticism, and to ask for honest and continuous feedback from people at every level in the workplace.

You may have previously read in these pages about the need to have a â€˜feedback contractâ€™ for people in every workplace. This should really help you. In my case, I went to my team and asked each of them separately how they would like me to act if, at any time in the future, they underperformed or did something stupid. I asked them the same question for when they did something good or excellent at work.

Finally, I asked what should happen if I let them down or underperformed in some way. That last question proved trickier to answer than the others, but I ended up with five quite different feedback contracts - which worked well and were subject to review at any time.

Armed with my five feedback contracts, I went to see my boss and made a similar deal with him. He seemed quite relieved to know what was expected of him and what he could expect of me.

My team was the least experienced and the least qualified in the department, but it quickly became the most successful one (of six teams) measured by days worked for clients and income.

So, good luck with getting responsibility pushed down from you and pushed down to you and make sure you get feedback contracts with everyone!

For more on this topic and some great training seminars, why not register for Pitchcareâ€™s Supervisory Essentials Workshops this winter?

Frankâ€™s proven, popular, highly interactive and entertaining one day seminars are â€˜stand-aloneâ€™. You can take any one, any two, any three or all four seminars. They will all be held at the National Sports Centre, Bisham Abbey, Marlow, Buckinghamshire this winter:

For more details, including how to book your place on all Pitchcare workshops, visit the website www.groundstraining.com or contact Chris Johnson, Pitchcareâ€™s Training Development Manager at chris.johnson@pitchcare.com