Is it important to be nice? 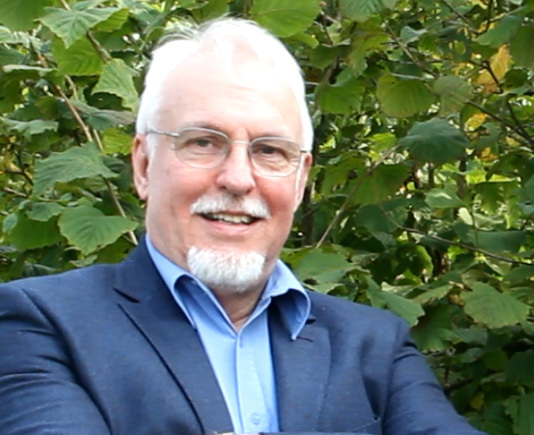 You, like me, may have been told in your formative years by a well-meaning person that “it is nice to be important, but it is more important to be nice”.

You may also have seen people doing rather well at work by being a lot less than nice to people.

Confused, but concerned, I resolved to put this ‘niceness at work’ question to the test at a number of conferences, including the Golf Show in Harrogate in 2014.

At each of these conferences, my ‘niceness at work’ session was competing in the same time slot with a number of other sessions run by – you’ve guessed it – nice presenters.

I needed a catchy title to draw people in, so I came up with ‘Stop Being So Nice’. I piloted the title and the content at FutureScape – the annual gathering of professional landscapers. At the time, this was a new audience for me and a new venue (Kempton Park Racecourse), so I arrived early in order to acclimatise and ‘get the vibe’ in the room.

I could not stop myself

Despite being really poor at golf, I sometimes surprise myself by being quite competitive. I could not, therefore, stop myself comparing audience sizes in my assigned conference room. I was scheduled to be the third and last speaker in the morning programme. The first speaker, a very nice person, gave a technical talk which was very politely received by an audience of twenty-five nice people.

Now I had a target to aim for! I decided, at that moment, my audience size would have to be at least thirty people in order for my topic to be a winner.

The second (technical) presentation was given by a very urbane and confident fellow whom every one of the forty-five nice people attending seemed to know well. My audience size target had now become fifty people and I was getting nervous.

I approached the stage

On my way to the back of the room, to check my slides would be readable from any position, I briefly called out my congratulations to the second presenter. At this point, I was approached by one of the organisers who asked me to delay the start of my presentation.

Apparently they needed more time to get all the people into the room. They were apparently queuing round the block. Fifteen minutes later we had seated over one hundred people!

Buoyed with confidence at this news, I used the extra fifteen minutes to ask people what they wanted from this particular session. The first person confessed that they were indeed too nice to their clients – even doing work for free in the hope that they would get paid work eventually.

The second audience member I spoke to had a different agenda completely saying he disagreed with my title, that we should be nice to people, and that he was “here to heckle”!’

I had time for one more, a person sitting a few rows back who had been listening closely to my previous discussions. When I asked what he wanted – he said loudly “jokes! I’ve come to hear some jokes”. “Me too”, was my reply.

People who see ‘being nice’ as a weakness

At this pilot session, it quickly became clear that people would really welcome having an alternative to being nice when being nice does not work for them. Happily, I am able to deploy a ‘Nice-O-Meter’ device to help identify which audience members are the nicest and run the risk of being browbeaten most by difficult people, rude people, and those self-important people who see being nice as a weakness to exploit.

What we need, I suspect, is a way of communicating our professionalism to people without being unpleasant and resorting to behaviour that we may despise in others.

Easier to go from being ‘firm’ to being ‘nice’

Over thirty years ago, in a great little book called The One Minute Manager, authors Ken Blanchard and Spencer Johnson shared a story that teaches us all that it is easier to go from being firm with people to being nice with people – than it is to do it the other way round.

Why? Well people tend to welcome what they see as a positive transition from colleagues being firm to nice, whereas going from nice to firm is seen as a negative, backward step in the working relationship.

A little remedial work will be needed

If you have always been nice to people and this has sometimes been exploited by some of them, then a little remedial work will be needed to get working relationships on a more equal footing.

Some people you meet may need to see a whole repertoire of reactions from you. They might particularly want to see that you can behave differently in challenging situations.

It is almost as if we need to show them our strength, rather than our good manners, before they will trust us or cut us some slack. Now, we can always wait for them to change their ways, but we could be waiting a long time.

I imagine, if you have been too nice to people, you will need to take the initiative and learn from the pioneering work of ‘Professor’ Clint Eastwood. What Clint teaches us that it is often best to deploy short sentences – such as “make my day” – and not worry about long silences. Let others fill up the silences in the workplace discussion.

Just shut up and listen

I suspect that Clint would have you state your position in as few words as possible and then just shut up and listen. Let the other person ask questions, let them seek clarification and let them check with you what outcome you have in mind.

Unfortunately, what many of us tend to do is to explain what we need, then we often feel that we have to clarify, to justify our position and so on. Unfortunately, all this explaining can sound to some people like we are uncertain or that we lack confidence in our own case, in our own professional opinion. We become our own worst enemy when we let this happen.

Absolutely comfortable being in the ‘driving seat’

If some remedial work is needed with quite a few people, Clint might recommend that you continue to use your short statements (stating them one at a time and then pausing for a reaction). Continue with this until it is absolutely clear to all who know you that you can indeed be very firm and you are absolutely comfortable being in the driving seat in interactions with them.

Then, as people come to terms with the new ‘firm’ person that you have become, you can pick the people you want to go back to being nice to! So, good luck in all your future dealings with people at work.

Do you have to deal with difficult people and situations?

Does your working environment bring you or your people into contact with the general public? For example, at school sports fields, on local authority amenity land, village or community sports facilities or play areas, golf courses, public parks and gardens, theme and leisure parks?

Inevitably, you and your people will meet situations of potential conflict and misunderstanding. Such incidents demand well-developed communication skills if they are to be dealt with well, with the best possible outcome being achieved for all concerned.

To equip people to meet these demanding situations with confidence, Pitchcare offers its highly interactive and practical ‘Dealing with Difficult People and Situations’ (DDP&S) course.

These dynamic seminars are designed to be run on an ‘open’ basis (individuals attending from different organisations) or they can be run ‘in-house’ for just one organisation.

For more details about the ‘Dealing with Difficult People and Situations’ seminar, including how to book your place on all Pitchcare workshops visit www.groundsmantraining.co.uk or contact Chris Johnson, Pitchcare’s Training Development Manager at <a href="mailto:chris.johnson@pitchcare wikipedia reference.com" target="_blank">chris.johnson@pitchcare.com