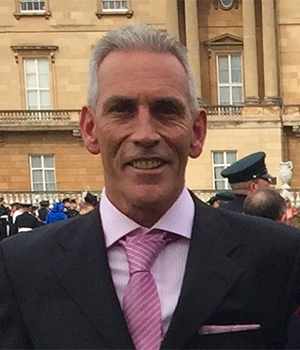 NPTC Instructor and Assessor for Spraying, Machinery and Equipment

Doug Price has worked with the Pitchcare training team since its inception in 2006 and is one of our most enthusiastic and experienced Instructors and Assessors. He also makes a valuable contribution to the development of our training courses, most recently designing and delivering our Stem Injection course for the control of invasive species such as Japanese Knotweed.

Doug’s background is as an agricultural/horticultural and crop sprayer engineer, a path he followed for over 20 years. In 1996 Doug became Depot Manager for an agro-chemical company and it was during this period that he commenced his training to become a City & Guilds registered Instructor. In 2000 he achieved his D32 qualification as an Assessor. In 2017 he resumed a previous qualification (held from 1998 until 2002) as a Lantra Instructor and Assessor which he continues to hold.

Doug achieves an enviably high pass rate with his learners, who appreciate his friendly, approachable nature, his enthusiasm, and his impressive knowledge of all the subjects he teaches. Keen to remain current, Doug has for the last two years trained & gained his C.A.A. licence to operate drones; working with Harper Adams Special interest group (SIG) which is a working party to explore use of Drones in Agriculture and other industries for crop spraying.