Are You Supervisor Material? 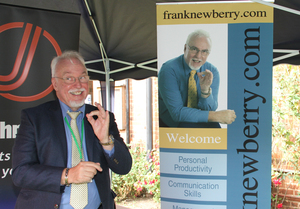 How many supervisors are really just 'good workers'?

How much longer groundcare and turfcare people will let managers from other sectors take charge of them rather than step up to the managerial role themselves?

I vividly recall being told once, by a senior manager, that I would "make a good manager". I was already a junior manager at the time - one level above supervisor in a large organisation - so this unexpected comment was encouraging to me.

When I asked the person why he felt that I would make a good manager, I got a pretty snappy three-part response that went something like this:

You will make a good manager because:

2. You avoid work and, whenever possible, get someone else to do things for you,

3. You are good at spotting people with potential so that they get promoted to supervisor level and take even more work off you!

I did not know whether to feel complimented or insulted

At the time, I did not know whether to feel complimented or insulted. What the person said was at least partly true, so I guess I felt both flattered and offended. I would probably have preferred being told that I had an "aptitude for management". The feedback was in a way prophetic in that it was an early building block in the later construction of a career in training and consulting.

I wonder what senior managers are saying about you - to your face and behind your back? And what impact will their words have on your future career?

It is not difficult for people to form opinions about us - it is whether those opinions are what we want to hear! For example, it is my privilege to work on a number of voluntary committees in the local community. We meet regularly and, as you would expect over time, we have got to know each other a little bit.

It is not difficult to spot the supervisors

What stands out in these meetings is how a person's occupation and background comes out in what they say, what they volunteer for and the way they prefer to make decisions and solve problems. It is not difficult to spot the supervisors, the senior managers and the good workers who volunteer and give up their time for a deserving cause. These personal characteristics inevitable inform the way the committees delegate responsibility to individuals.

So, what are you like? What do people THINK you are like, and do you have an aptitude for supervision?

I am afraid that job titles may not help you discover the truth about yourself. Many supervisors are called managers in their organisations, and there are even firms that refer to their senior operational managers as supervisors.

Let us try and define a couple of terms here. If you have an aptitude for 'management' then you will feel comfortable making significant decisions about what work is going to be done, e.g. contracting out services to other organisations and for what price.

If you have an aptitude for 'supervision' then you will feel comfortable making significant decisions about how work is going to be done, e.g. manually, mechanically, one person alone, in small teams etc.

Good managers are comfortable deriving work objectives, whilst supervisors are happy deciding how to do the work needed to achieve those objectives. Managers do not mind being seen as people who impose targets on others and good supervisors quickly adapt to being the ones who get the work team to achieve someone else's targets!

Supervisors often perform the same kind of work that the team members do; whereas managers do not do the daily work of the team as a regular part of their work.

Supervisors, most often, have been promoted from doing operational work, e.g. groundsman or greenkeeper and, because of their experience and skill, have become adept at solving work problems.

Managers, who may come from a different work background, are usually only involved in work problem solving on an exceptional basis, or when needed to resolve the most difficult work problems. This can often be when they have to 'sign-off' or approve a solution recommended by a supervisor. In many organisations only a senior manager may have the authority or rank to take certain important decisions.

This way of working can cause organisations to promote their 'good workers' - hard working, skilled and dependable staff - into supervisory roles, often because they want to retain the person as a worker and as a work problem solver.

The pay rise that comes with the promotion helps employers to buy some loyalty and hold on to these 'good workers and, by retaining their services, they hope to continue to maintain a high standard of work performance.

I have personally met many supervisors who have no aptitude

You will have already noticed that the problem here is that the 'good worker' is really being promoted to retain his or her services, not because s/he will make a good supervisor. I have personally met many supervisors who have no aptitude (suitability) for leadership, and some even avoid contact with people! Thankfully, these are a small minority.

The majority of supervisors I have met and tested on workshops over many years tend to show a great aptitude for developing staff (from scratch) and for being understanding during times of trial.

That said, at the same time, they show a lot less aptitude for giving orders when necessary and speaking up for themselves and their team.

Unfortunately, in the turfcare sector, there are even more serious supervisor deficiencies.

Many supervisors prefer to keep the high level work to themselves

- deal with conflict and disagreement in the workplace, or to

Many supervisors prefer to keep the high level work to themselves. This causes:

1. The work team to become dependent on the supervisor

2. The ambitious, talented team members to look elsewhere for development and better work

3. The work team's overall competence to drop significantly because the team is left with the less able staff, i.e. those that cannot get employment or development elsewhere.

4. An ongoing vicious circle in which the work team becomes even more dependent on the supervisor

Further, we know that many organisations employ managers not from the turfcare sectors in management positions. This results in most managerial decisions and some of the tougher supervisory decisions being taken by people who know little or nothing about turfcare.

You run the risk of being 'stuck in supervision'

So, my questions to you are: are you really supervisor material, or are you a promoted 'good worker'? Are you going to step up and deal with all aspects of the supervisor's job?

These questions are important, because you run the risk of being 'stuck in supervision'. If you will not let go, delegate more and bring on your potential replacements then you have (as they say in soccer) 'parked the bus'. Your people are not going anywhere and neither are you.

In the next article - Are you Management Material? - we will explore whether you can get beyond supervision (hopefully on your own terms).

Your employer and your work mates deserve managers as well as supervisors from the sector. Let's not let them down.

You can book now for supervisory training this winter

Make sure you get a place on the next round of the highly rated Pitchcare Supervisory Essentials Seminars. If you are:

- Untrained as a supervisor

- Aspire to be a supervisor in the future

- In need of a refresher

There is a full range of proven seminars that will help you to get the best out of yourself and your work team.

LANTRA accredited Pitchcare workshops next winter (that earn BIGGA CPD points), and are relevant to you as a groundsmen or greenkeeper, include:

Supervisory Essentials 1, 2, 3 and 4 - a series of four stand alone workshops:

You can take one workshop or two, or three or all four seminars. You can join the hundreds of other groundsmen and greenkeepers and gardeners who have been helped by Pitchcare to become key players in their own organisations.

For more details, including how to book your place on all Pitchcare workshops visit the website www.groundsmantraining.co.uk or contact Chris Johnson, Pitchcare's Training Co-ordinator at chris.johnson@pitchcare.com